Here are a few shots of the Bayside Trail under construction as of last weekend. Coming along nicely! 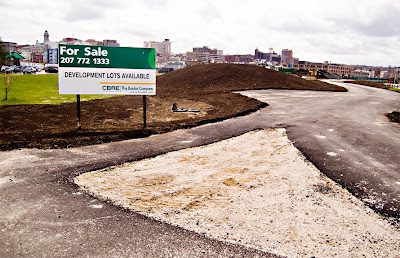 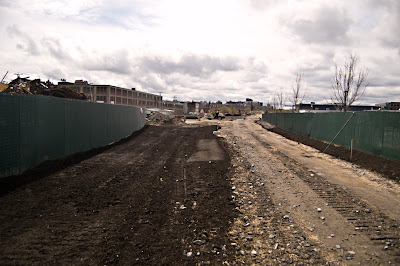 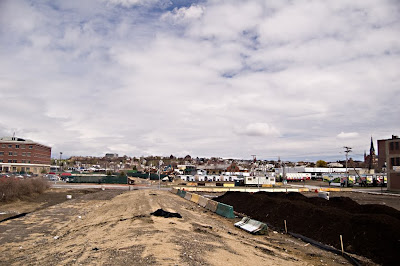 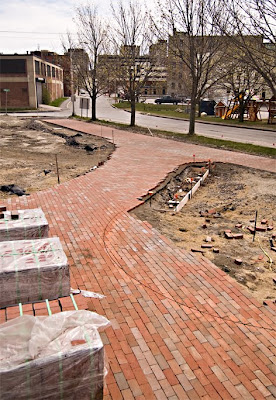 Posted by Corey Templeton at 8:32 AM No comments:

Email ThisBlogThis!Share to TwitterShare to FacebookShare to Pinterest
Labels: Trails

The annual bike swap at USM's Sullivan Gym is this Sunday, April 24th. It starts at 10am, so if you want to have a wide variety of purchasing choices, you should be sure to arrive a lot earlier than that. I attended last year, and it was an interesting event.

If you live in Maine's District 119 (Bayside and Parkside neighborhoods of Portland), please consider supporting Christian MilNeil, author of Rights of Way and Vigorous North, in his bid for a seat in Maine's State House. The current representative is leaving, so it's a great opportunity to get some new blood in the system and Christian is a strong candidate and people who read this blog will agree with a lot of his views. Read more about his bid here, and donate to his clean election fund if you live in the district.
Posted by Corey Templeton at 6:52 AM 1 comment:

In the not-too-distant future Portland will have two new/reconstructed bridges on opposite sides of the peninsula. To the north, the Martin's Point Bridge that carries Route 1 traffic from Portland to Falmouth is to be reconstructed starting in 2014. To the south, the Veteran's Memorial Bridge which also carries Route 1 but from Portland to South Portland, will be rebuilt starting this summer.
I wasn't around when either of these bridges were built initially, but I doubt that there was as much public participation in the design and planning process back then as there is these days. There have been workshops for the public concerning the new Veteran's Memorial Bridge (I unfortunately wasn't able to attend due to work/school) and the city is looking for members of the public to join a committee for the Martin's Point Bridge reconstruction project.
The Martin's Point Bridge is currently the more pedestrian/bike friendly route, and both bridges promise to be much more accommodating to non-vehicular traffic when they are completed. Maybe it's just the optimistic spring weather getting to me, but I felt like writing a positive post today. I urge everyone to get involved with the design process of these and other infrastructure projects around town.
Posted by Corey Templeton at 11:22 AM No comments: