Spring is in the air, which means, among other things, that the time for re-painting the city's roads is near. In addition to painting yellow center lines and bicycle lanes, crosswalks are also re-painted at least once a year. In addition to saving some money on paint, I think 'permanent' sidewalks look better and help give the road  some character.


The type of crosswalk I'm speaking of, on Federal Street by Monument Square: 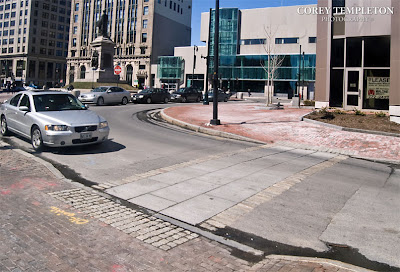 Example of a less permanent crosswalk on Congress Street: 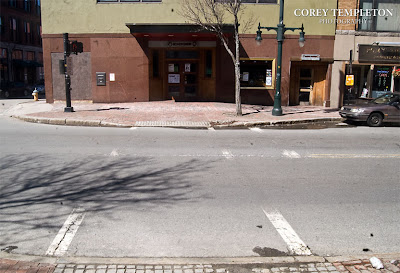 There are some good examples of these permanent crosswalks around the peninsula, and I say there is always room for more. They of course are more expensive than painted crosswalks initially (perhaps depending on the material used), and do require upkeep (to keep the crosswalk accessible to all users), but they usually look more attractive and can be safer by not fading and being more visible to motorists.
Posted by Corey Templeton at 1:13 PM No comments: