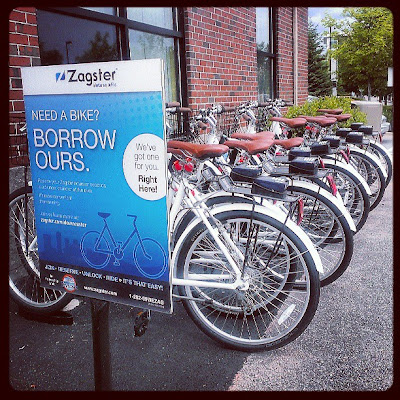 I haven't had a chance to test out the bikes, and I am probably not in their desired demographic since I own a bike and already commute on it every day. But at only $20 for a day's use, it sounds like this would be great for visitors to our fair city (assuming they make it through the cyclist hell hole of highway ramps that is right next to the transportation center!). You can read about the program here on Boston.com. I haven't seen it mentioned in the local media yet.
Posted by Corey Templeton at 8:30 PM